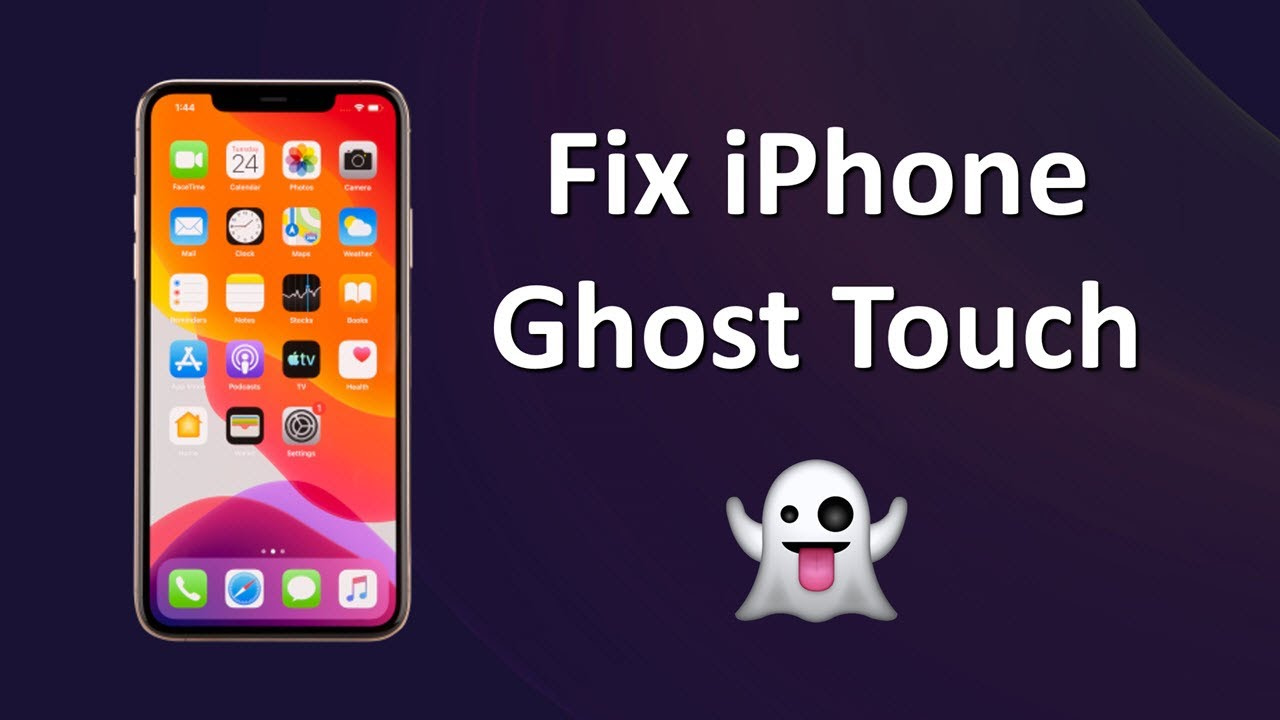 You’ve probably heard touch referred to by various other names, but have you ever heard of ghost touch? Most likely not. The term ghost touch refers to your iPhone acting on its own. For example, you may have observed that your iPhone may occasionally run an app, access a feature, or even make a call without your intervention.

The next guide goes into further detail about ghost touch and how it impacts your iPhone. Then it goes on to detail some of the fixes you may attempt on your iPhone screen moves on its own to see if you can get rid of the ghost touch problem.

What Is Ghost Touch?

Many users are unfamiliar with ghost touch because it is not widely used. As previously stated, ghost touch refers to your iPhone acting independently. For example, consider a ghost touching your iPhone and doing actions without your knowledge or consent. Ghost touches can have a wide range of consequences on your iPhone.Many consumers who have had the issue are aware that ghost touch has performed various activities on their cellphones. 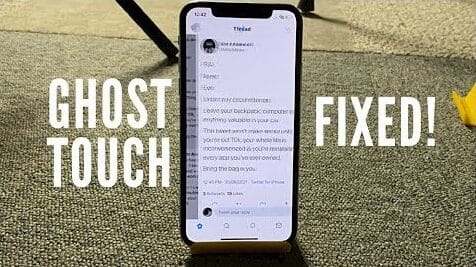 Whether you’ve already felt the effects of allowing ghost touch to run for a lengthy amount of time on your iPhone X or have yet to notice any results from your ghost touches, you’ll want to find a quick solution.

It’s not that ghost touch can’t be repaired or that you can’t prevent it on your iPhone ghost touch. There are various techniques for resolving ghost touch and returning your iPhone to regular functionality. The following are some solutions for addressing the issue on your iPhone and stopping it from acting independently.

2. You can force your iPhone to reboot

If you’re still seeing ghost touch on your iPhone after removing the screen protector and cover, the issue might be with your device’s operating system. There might be a little flaw in how your iPhone operates that is causing it to act on its own. Perhaps a glitch on your iPhone hasn’t been fixed, and it’s now automatically tapping on the options on your screen.

A little flaw or failure on your iPhone screen moves on its own may be easily repaired, and you will not be required to do anything. All that’s left for you to do now is restart your iPhone. Force restarting your device clears its temporary memory and provides a fresh start to accomplish its tasks. With this new start, the minor issue causing ghost touch should be resolved. The method for forcing an iPhone to restart varies depending on the model. Below are the guidelines for each iPhone where the force rebooting procedure changes.

3. How to Update iOS on Your iPhone

One of the nicest aspects of owning an iPhone is that the operating system is often updated. Of course, this is true for other Apple devices, but the iPhone is the one that receives the most updates. Apple strives to fix as many flaws as possible on its devices, so you receive so many iOS updates. If an issue existed in a prior iOS version, it should be fixed in the next update, and so on.

This means you’re running an ancient version of iOS on your iPhone, causing the ghost touch problem. Because older versions of iOS are known to have flaws, you should upgrade your iPhone as soon as a new update becomes available. For example, if it doesn’t display iOS 14, iOS 13, or iPhone 12, your smartphone runs an out-of-date version of the software and should be updated as soon as possible.

It’s simple to update the iOS version on an iPhone, and there are two methods for doing so. You may either use the iTunes app to upgrade your iPhone or one of your iPhone ghost touch choices to update to the most recent software version.

Which iPhones are Ghost Touch Affected?

You may be wondering how ghost touch might affect your iPhone because it just touches it. As you may be aware, the whole functionality of your iPhone is dependent only on touches. You push a button on your device, and it does the action you asked for. It is used to control all of your device’s functions.

When you have a ghost touch on your iPhone, it can do whatever you can do as a user. It can, among other things, access programs, send messages to contacts, make phone calls on your iPhone, and alter settings. In addition, it can possibly format and reset your smartphone to factory settings if it gets into your Settings app and then selects the reset option.

If you’re having problems with ghost touch on your phone or tablet, you should check into a solution. If you don’t, your iPhone may begin to do things you don’t want it to, such as sending emails to contacts with no content in the body. Things can also deteriorate if you are not careful and let your iPhone run independently.

On the iPhone 11/XS/XR/X/8/7/6s and many other iPhone models, ghost touch occurs from time to time. The problem, as previously said, has remedies. We hope that this guide assists you in resolving the problem and that you no longer experience any unintentional device touches as a result of it. Please post a comment in the comments section if you haven’t been able to solve this problem. We might be able to work out a solution together.