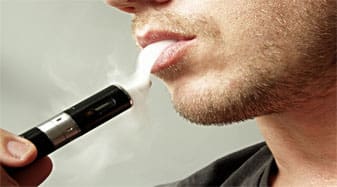 iPhone of Vaporizers – is Apple Gearing up to Enter the Vaping Industry?

Is Apple aiming to revolutionize the vaping industry? The giant tech company has been producing smart gadgets for decades, so it shouldn’t surprise us that they might want to get into the vaping business. Rumor has it that Apple has been received a patent for a high-tech vaporizer. Published by the United States Patent & Trademark Office, the patent is described as a “device” that makes use of the Apple technology to craft steady vaporization rates; through consistent vaporization, it basically means that more liquid is evaporated but without losing cooling. Apparently, Apple filed for the patent in June, last year. 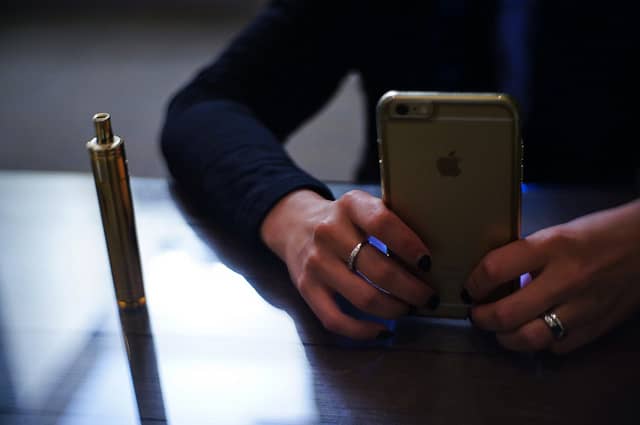 Is Apple planning on taking over the vaping industry?

We don’t know for sure whether Apple is planning a new iVaporizer or not, but there’s something going on for sure. At this point, the company hasn’t made any confirmations. The patent doesn’t mention the use, nor what chemicals might be included in the vaporizer. But if we were to speculate, we would mention that Apple is planning to release an e-cigarette; or maybe it will come up with a marijuana vaporizer now that Mary Jane is being legalized in increasingly more states across the US.

In a Digital Trends report, it was mentioned that a design manager who left Apple’s Mac OS X team back in 2012, plans to create a revolutionary vaporizer that might be priced at $330. The whole idea of an “iPhone of vaporizers” is not necessarily utopic. Let’s not forget that nowadays advanced technology can do it all. So why shouldn’t Apple come up with an e-cig that can revolutionize completely the way people smoke?

The impact of a potential e-cig from Apple

Since the rumors will probably go on for months on end, at some point Apple will make an official statement. It has no other choice but to confirm or deny. It’s as simple as that. In a recent release in The Verge, Apple’s vaporizing patent can be used for something else. Some claim the company might actually release an air freshener – it doesn’t have to be an electronic cigarette. But since they haven’t confirmed what they want to do with their idea, it’s only natural for everyone else to speculate and make assumptions.

For instance, we can assume that Apple has an auto initiative, just like Mercedes Benz, and develop specific car smells using its vaping technology. But wouldn’t it be cooler if they released a vaporizer and revolutionize the tobacco industry? Needless to say, big shot tech companies are kind of used to filling for random parents just because they don’t want someone else to come and steal their idea. They might just as well sell the technology to an actual e-cig manufacturer, and make a fortune. But until that happens, we’re allowed to assume.

An idea that may or may not go mainstream

The mere idea that a tech company like Apple would release a vaporizer has raised some eyebrows. Who knows, maybe they’ll keep it close and put it in practice 5 years from now? Or maybe they’ll do it tomorrow. Should the vaping industry fear? Definitely. But it’s not because we might soon see an iVaporizer hit the streets. They should keep a close eye on the leak, because the technology can easily get in the hands of some new vaping company eager to invest and make a fortune.

People are asking questions. Will iPhones soon have vaping features? Will Apple sell or keep their patent? And if they choose to keep it, what will they do with it? There’s no plain answer to none of the previous questions because the variations are just too many. But it’s still interesting, and we would have loved to see vaping brands start competing with Apple.

The company has revolutionized the tech industry. They’ve created computers, smartphones, tablets, TV, and apps and programs we didn’t think were possible to craft. So far so good Apple! But trying to breach a totally different market is risky. Whether or not they’ll succeed, we have to wait and see. The mere idea of an ecig from Apple sure sounds appealing to everyone.