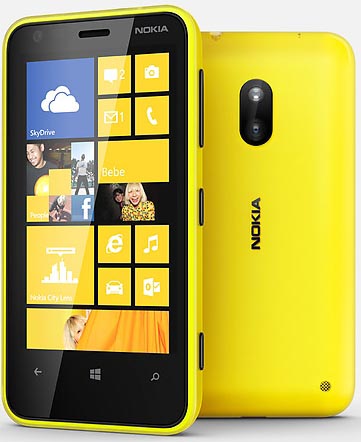 The Nokia Lumia 620 looked like a decent piece of hardware when it was first unveiled in December last year, and it is now set to take on mid-priced Android phones in the market. The phone is supposed to be an entry-level handset that is supposed to give you all the thrills of a Windows 8 phone without burning a hole in your pocket or compromising on the hardware.

Though Nokia sold the Lumia 510 as an entry-ranged Windows phone, it never really was truly a Windows 8 phone, it was actually running WP .5/7.8 (and yes, Nokia got you!), the Lumia 620 is supposed to be an entry level Windows 8 phone which is supposedly going to open up markets for the Finnish company in the large cellphone markets that are currently dominated by Android.

The U.S may not figure in it’s lists of target markets since the company hasn’t commented on anything related to it.

Nokia’s plan is to bring the overall cost of the phone so that it can compete with the Android phones better. The phone features a 3.8 inch LCD with a 800×480 pixel resolution at 246ppi, it runs on a Dual-core 1GHz Snapdragon S4 processor and 512 MB of RAM. The phone comes with 8GB of inbuilt memory which can be expanded to 64GB through a MicroSD card; Microsoft also gives you 7GB of free SkyDrive storage. Other features on the phone include a 5MP rear camera that comes with a single LED flash and finally a 1300 mAH battery.

On the design side of things, the phone looks brilliant just like any other Windows phone with it’s bright colors. The battery on the phone can be replaced and the back-cover of the phone is available in white, blue, pink, yellow and green colors. It is possible that Nokia might release 3D print files of the case so that users can print their own covers for the phone, just like the Lumia 820.

So far, the only complaints that have been heard about the phone is the poor quality of the 5 megapixel rear camera, the front facing camera also produces very low quality images. However, the phone promises 61 hours of music playback or almost 10 hours of talk time on a 3G network; this could go in the favor of the phone.

Though the Lumia is currently the cheapest Windows 8 branded phone available in the market, it isn’t going to be long before there will be at least 3 to 4 different low budget Windows 8 powered phones in the market, one of the will be the Huawei Ascend W1 which is already available in China and Russia and could soon make it’s way to the rest of the world. Also, the Ascend W1 has better specs than the 620 plus there are a lot of Android phones in it’s price range that are as powerful if not more powerful than the Lumia 620 which will make it harder for Nokia to appeal to every other budget smartphone buyer out there.