Skip to content
HomeTechnologyFour Reasons Why PCs Are Better Than Macs: Mac vs Windows PC

Since the inception of MAC from Apple, there is a constant war which is going on between both PC and MAC. Not only the companies and brands, but also amongst the users, people who use MAC will do anything but shift to PC and Windows. Where both these platforms offer tremendous advantages, most of them unique on their own, they also have distinct similarities. If we talk about using a MAC, we will see that the evolution of software into an IOS is something that has changed the way users work on a computer. It’s a seamless technology, which not only is high in performance, but also offers amazing value in terms of software and applications. If we shift our focus to Windows now, we will be able to identify the user friendly experience and amazing support it provides with the help of Microsoft. Using Windows means, you have access to tons of universal applications first released on the Windows platform and then on others.

The choice of selecting between the two amazing platforms is more related to the perception and users of the brand, rather than the technology itself. The brand perception that MAC has created, makes Windows seem obsolete to many, where in reality this is not the case. Today we are going to further elaborate on the major differences between the users of MAC and PC and why PCs are still better than MACs in four ways. 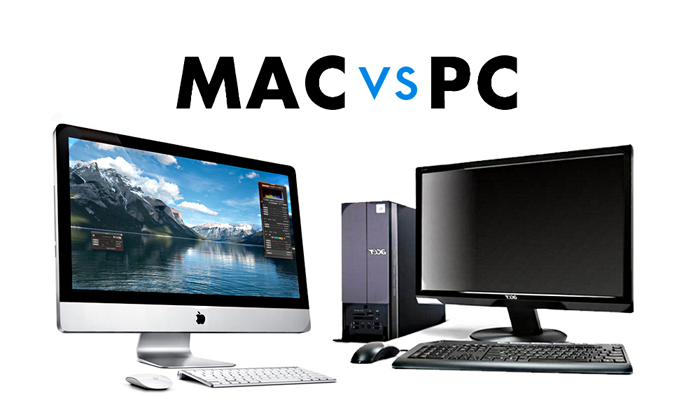 Since Windows is far more flexible compared to IOS, it offers a lot more flexibility. Through the use of different applications, both free and paid there is almost everything that can be done on Windows. Working on Windows means you will have all kinds of different software and third party device connections. In IOS, you can only connect with devices, friendly to the IOS system itself, there is a lot of rigidity and complications when it comes to using different applications and third party devices.

IOS might be much improved when it comes to display and graphics, but gaming and entertainment are always much more fun on Windows and PC. Most gaming titles are released on Windows and are PC friendly. So if you are a gaming fan then technically PC is the only option you have. Gaming works best on a PC due to its friendliness and flexibility to adjust its performance and maximize the output according to where and when it’s required to.

IOS is difficult software to manage and take care of. It might not attract lots of malware, but it is pretty difficult to manage and keep up at optimum performance as the usage gets heavier. Windows has the ability to evolve without requiring much updates. IOS requires frequent updates, to keep itself running efficiently with performance.

Over the years, it has been seen that Windows have better long term value for money and durability compared to IOS. This means that overall PC performs better than a MAC.