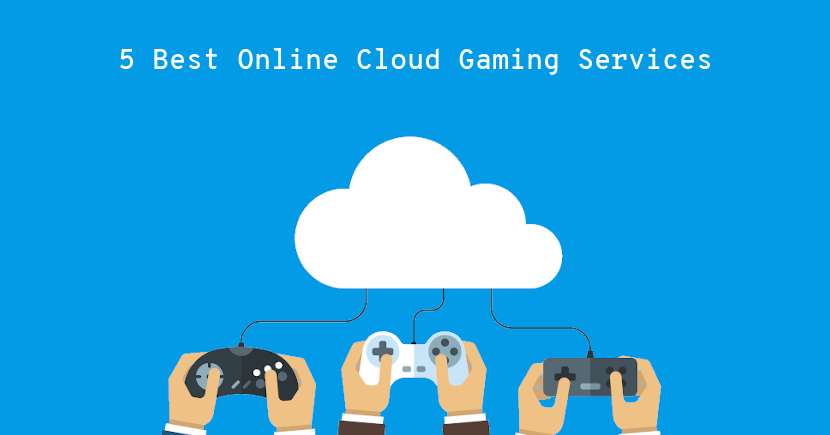 Cloud Gaming is a rising technology in the gaming industry. With the gaining usage of smartphones worldwide, various companies are introducing cloud gaming for 5G enabled smartphones. Cloud gaming market Is gaining momentum and is expected to reach from USD 1.15 billion in 2020 to USD 2.70 billion by 2026.

The best five cloud gaming services in 2021 are:

It is designed by Nvidia. It can be used on a PC, Mac, Shield TV, or Android device.

It offers two membership options: Free and Founders. It requires at least 15 Mbps for 720p at 60fps and 25 Mbps for 1080p at 60fps.An ethernet connection or wireless router of 5GHzs is required.

Allows 4k streaming at 60fps. It is a very systematic cloud gaming service to use and consumer-friendly. It delivers real-time gameplay. It is compatible with around 650 games.

Shadow has refined its technologies around the years. Shadow can be launched on Windows, macOS, Linux, Android, iOS, and Android TV.

It provides high resolutions and high frame rates up to 4K at 60fps or 144 fps in full HD. It provides ultra-low latency.

Shadow is the only cloud gaming remote service offering performance that is capable of competing with the local PC.

Microsoft came up with this cloud gaming service, Project X cloud. It can stream any game which is released for the Microsoft Xbox one console to Smartphones and Tablets.

Runs fire Microsoft’s 54 Azure cloud computing centers. It can work with any Android Phone or Tablet which has at least Android 6.0 and Bluetooth 4.0. Microsoft has announced that its availability for Windows 10 will be provided soon in 2021. Subscription starts from $9.9. A high end up system is not required for it.

Smooth streaming with a minimum of 5Hz Wifi. 4K resolution gaming speed with high-speed internet. If the internet speed is slow, it lowers to 720p resolution.

There are three different subscription plans:

50 hours per month with 71 games in the library

Offers on-screen controlling, which is highly customizable. It does not require a high-end computer or device. You can play your favorite games on mobile. You can also play on the desktop and switch to the phone easily.

Parsec makes any game available on a PC, Mac, tablet, laptop, or phone. It also has an upgraded version known as Parsec WARP. The upgraded version has visual enhancements, added settings, and more controls.

Sixty fps with no lag and very low latency. It is cost-friendly. It can even run on a system that is worth $17.

There are hindrances to its growth as well. This is because of internet speeds and other requirements. But it is a booming and promising industry that has proved itself to be a multi-million dollar industry with the top cloud gaming services. With the times to come, the cloud gaming industry is going to explode as it has a huge scope in the future.