With the launch of the latest Watch OS 2, Apple has introduced a whole new set of features for the developer community to design even better apps for the latest Apple Watch. You now have a lot more power to create Watch apps. Here’s is a quick summary of these new Watch OS 2 features and some of the new avenuesthat they have opened up for Watch OS developers. 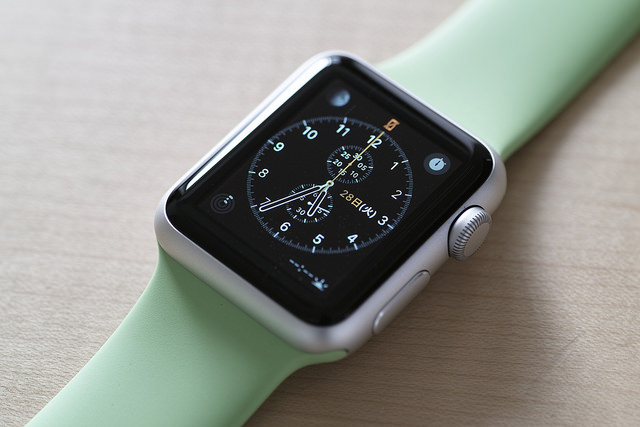 Apps on the Apple Watch Itself

With this new feature, you can now develop native apps for the Apple Watch itself and not just rely on synchronizing/fetching data from apps residing on the connected iPhone. This opens up a whole range of possibilities for developers, since you can now design native apps for the Apple Watch that can show real time data like newsand sports updates. This coupled with the other new features that Watch OS 2 brings (described below), means that you can now design watchapps that are much more responsive and can offer a lot of more functionality than was previously possible.

Since there’s a huge community of Apple Watch users who are using it primarily from a healthcare perspective, the need for direct access to the Apple Watch’s sensors has been a key demand of Watch developers. With the release of Watch OS 2, Apple has provided developers with direct access to the Watch’s heart rate sensor. So you can now design a Watch app that can track health metrics in real time using the heartrate sensor. Rather than relying on HealthKit for access to this data, you can now access it directly from your Watch apps, and utilize it for any custom health tracking features.

The Watch OS 2 also opens up access to the Apple Watch’s digital crown, so you canuse this component to access custom features in your Watch apps. For example, you could use the digital crown for certain functions like scrolling through music tracks or values in a Watch app, or increasing or decreasing the volume, etc. in certain apps.

The Watch OS 2 also allows access to the Apple Watch’s accelerometer sensor, opening up a whole new realm of possibilities for Watch apps like for example, a cricket coaching app that uses the accelerometer to track the user’s movements, to determine how far they are deviating from the desired position while playing a shot. You can Browse icc t20 world cup 2020 schedule pdf here.

Watch OS 2 also introduces the ability to play videos on the Apple Watch. So you can create a watch that enables users to play streaming videos from YouTube or watch apps for news services like CNN or the BBC that allow users to view streaming live news directly on their Apple Watch.

Apple now allows developers to create custom complications— which are basically small, app-specific widgets that appear within watch faces and display data right on the face of users’ watch. A stocks app, for example, may display a small stock ticker, while an alarm app may show the time of your next alarm. Users will also be able to customize the look of their watch faces by selecting an image from the Photos app or one of Apple’s time-lapse videos.

This feature will be especially useful for conference call dialing apps like Meeting Mogul and other event based apps, since it can be used to display reminders or details about upcoming events (meetings, conference calls, etc.) right on the face of the Apple Watch so the user is always up to date on what’s next on their day’s agenda, without even needing to take their iPhone out of their pocket.

Wrap-Up
These new and cool features in the Watch OS 2 are going to enable developers to come up with many new and innovative Apple Watch apps in the coming weeks that will make the Apple Watch much more useful as a daily driver, possibly even making it just as indispensable as the iPhone itself.