Skip to content
HomeTechnologyDo You Know that Your Mobile is a Well Equipped IoT Device?

Let me give you a short introduction to IoT (Internet of Things) first. The IoT is a major topic in the digital network, in which we talk about the different devices we use to interconnect with other people via an already built network, and that is the INTERNET. Electronic devices, smartphone, tablets, embedded computers, etc. are able to control the stuff inside their own network if they are connected with each other.

I am giving you a small example of it. Imagine you have an important meeting at 3 PM after lunch somewhere out of your office or home and you need to leave at around 2 PM to reach the destination place. But, in sudden time, there is an accident take place near the destination and you don’t know about it and you leave at the pre-decided time from your origin. In the end, you cannot reach the destination on time and you miss out a very important meeting and may get a big loss in your business. Now, imagine in the same situation, you have installed an app of the intelligence traffic system on your smartphone so you get the alert about the accident took place in your way. So you can decide to leave early for the meeting or change your route. You can attend the meeting and get the successful result! How simple and useful is that? This is the advantage of IoT. 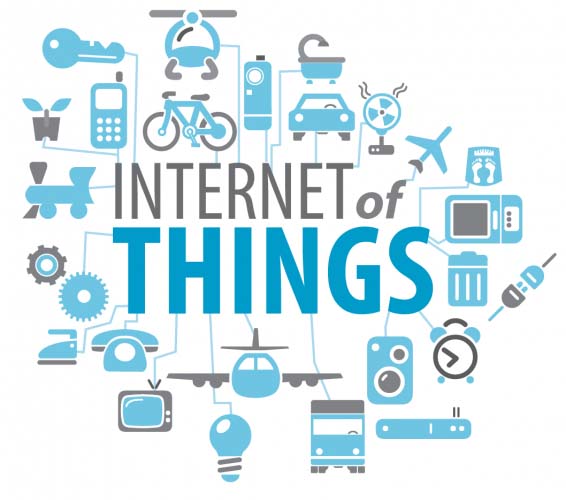 Do you know you are a user of an IoT device?

Now, let’s get us to the topic. From among the readers of this blog, If I say that everyone has a smartphone or some other smart devices, then it may be not the cocksure sentence. But, I am afraid that everyone who owns a smart device like mobile phone, is aware that he or she is already a user of some IoT applications! And this can happen because the smartphones are one of the most underestimated IoT devices. Strange, but true.

Kind of IoT your Smartphone is using

Generally, an average modern smartphone is having at least 10 sensors already installed in it. These sensors are capable of everything including the orientation of the device to various light conditions and knowing the exact location of the device user. These sensors generate a large amount of data in both structured form (Like GPS or acceleration data) and unstructured form (Like picture or video). If you are using wearables like an Apple Watch or an Android Wear, then you are extending the use of your smartphone. With the use of the technologies like NFC (Near Field Communications), the smartphones can function as sensors as well as actuators, like triggering actions (for e.g. – payments) or controlling the things like cars and TVs.

The IoT technology Underneath your Smart Device

A new generation of cheap, and embedded controllers, which can be easily embedded into your smartphones has brought a completely new device revolution. Innovations like the Raspberry Pi and Arduino are such great versions of controllable devices that can be controlled by your smartphones. These versions also support the latest Windows 10 IoT core which is meant to work with the low-level bus interfaces. It is best for searching, natural user interfaces, online storage, and cloud-based services.

A swamp in which many users run is that it is hard to connect a device with a home network and then connect a smartphone to the device. In the past, sometimes it takes a while for connecting a smartphone to a home Wi-Fi network by logging into it, but the technology of broadcasting of the network and letting people connect to it with a push button has solved this problem. And to provide a more seamless manner, the advanced peer-to-peer wireless protocols are used in smartphones to access the net through Wi-Fi direct. How many of you knew about this great invention is related to the IoT?

To secure the home network from hackers getting control over it to manipulate the home devices, the users are creating a Wi-Fi password and a high level of encryption, this can be done just because of IoT.

The smartphone’s range of sensors like Accelerometer, Video, Compass, GPS, Gyro, Proximity, etc. and the connectivity features like Wi-Fi, Bluetooth, Cell, Infrared, NFC, etc. all are making your smartphone a well-equipped IoT device. These sensors help you to automatically monitor your activities, locations, workouts, and connect you to the world throughout the day and anytime you want.

An IoT app can do everything you can think about. From operating your Coffee Machine to switch on/off your home night lights, from smart watches like Apple Watch and Android Wear to a gaming system for your iPad, from a home voice control to smart vent for climate control, from shopping to gardening, all the ideas whatever you get in your mind nearly have a solution in form of IoT apps.

Soon, the users will also feel the impact of the IoT-enabled smartphones on the vehicle controllers. There are some manufacturers who have already attempted such vehicle touch interfaces, like the MyTouch Panel of Ford, MultiMedia Interface (MMI) from Audi, and Tesla’s insane car multimedia system. Though these interfaces are operational, the users who expect Android and iOS touch interfaces may not familiar with them. In future, users will get an option of an Android or iOS control panel when buying a vehicle!

Reading all through this, surely make your mind imagine about the applications which can be used in your smartphones through an IoT setup. I will be glad to know about your ideas and opinions in the comment section below. Thanks for being here, have a great day with your smart IoT device! Best On Internet