That said, free does not mean that it’s open source and open source does not automatically mean free. A lot of software that is made available at no cost is not intended to be modified by the end user. Free software is generally a good thing and it helps us to get the job done, whatever that might be. But, where does that idea extend to hardware? Should hardware designs be made freely available?

PCB layout designs, for example, are very often made freely available these days, as is the design software itself, but what other types of hardware design? Is there a moral obligation?

There are four freedoms attached to the use of free software, which are:

If we were to apply these four freedoms to hardware too, then we become able to use, duplicate and pass around that hardware with or without any changes made. Since there are no copiers that we can use for hardware, aside from keys and moulds, is the idea of free hardware even possible? All hardware begins with a design, so what we are really talking about is free hardware design. 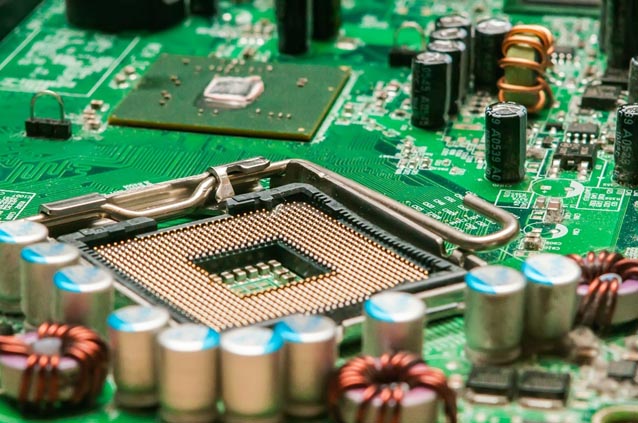 All four of the freedoms that we have mentioned above could possibly be applied to free hardware design, which is to say that free hardware is hardware made readily available with free design.

Not all free software is free

Most people misunderstand when it comes to the concept of free software, mistakenly thinking that it means obtaining it for gratis. A lot of free software is available that doesn’t cost an amount of money, but that doesn’t make it free. The use of the word ‘libre’ together with ‘free’ does help clear it up for some.

With regards to hardware, the opposite is true. Since it will always cost money to make it, commercially produced hardware can never be gratis. That said, this doesn’t stop the possibility of its design from being free (libre).

For example, anything you can make with a 3D printer has costs involved – the raw material, for instance isn’t free.

Many people associate the words ‘open’ and ‘open source’ to hardware in same manner that they would the ‘free’. The problem there is that the four basic principles of freedom are not really addressed by those terms.

These are terms that are descents, if you will, of the term ‘open source software’ which does refer to free software, but again skips past the issue of freedom. Open does not mean free. Android, as in our earlier example, may be open but it is not free. Yes, it can be modified and redistributed but there are restrictions and it certainly can not be sold.

There are those that would argue that nonfree software is ethically wrong, but should we take a similar view with hardware design?

In the world of 3D printing, and the kinds of things that it can handle, yes. Designs that are meant to enable the creation of practical objects must be free because they are for practical use. To help with facilitating that, make sure the printer itself is running on free software – even some 3D printers themselves are made from free Hardware designs.

Do we need free hardware designs?

There is no need for anyone to say no to nonfree hardware designs, we still do need to work on and from free designs. There are obvious advantages to using free hardware designs and in the future they may even be the only way we can use free software. Advantages include a company being able to source designs from more than one vendor – reducing the amount of dependance.

If one vendor can only produce a portion of the amount that a company actually needs, there will be nothing stopping that company from approaching additional vendors. To expand on that a little, multiple vendors and designs can be used to build whole projects such as computers. Can you imagine the cost of computers if they could be built entirely from free hardware designs?

We may not be there yet, but it’s coming

We may not be able to fabricate whole computers in this way yet, the day is coming where computer and network components can be created from free hardware designs. In point of fact, free hardware design may become a requirement before we can even build the hardware itself. Why would this be needed? Because if it becomes the only way we can use free, non proprietary software, then it will become necessary.

As more commercial hardware becomes tied to non free operating systems and software, the need for free hardware design becomes more apparent. Many smartphone and computer processors must have their firmwares digitally signed. Is this just? If you bought that hardware, and software, justly then you should be able to use and alter it in any way that you see fit.

The vast majority of us have become used to not being able to do these things, but that doesn’t make it right. If you are a car enthusiast but Ford said you were forbidden from modding your vehicle – would you be happy? Don’t be happy with nonfree hardware design either.

Nobody is saying that innovation should not be rewarded, and that designers should not be paid – that isn’t the principle of free. Freedom has never meant restriction.