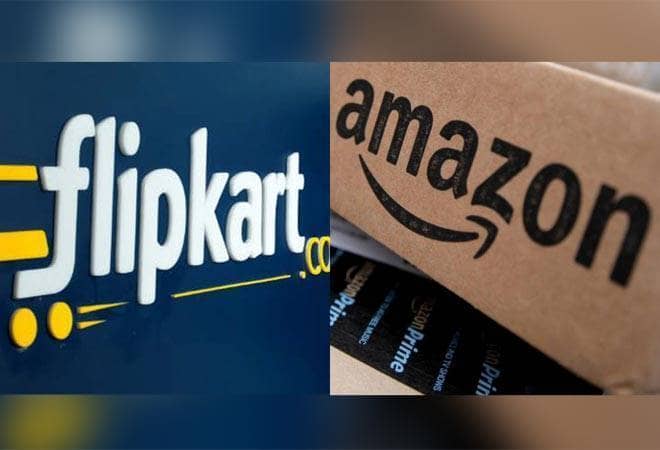 Indian online market has been seeing an arching rivalry between Flipkart and the international behemoth Amazon for quite some time, however, this year the rivalry is further intensifying after Walmart’s buyout of Flipkart. Both Amazon and Flipkart are backed by deep pockets and are doing everything in power for attracting more and more customer base. Earlier, sales used to be a seldom event, but this slugfest between two rivals is leading them into throwing discounted items and shopping parodies more often, and are not leaving any stone unturned to lure more and more customers.

To the further allurement of customers, last week, both the e-tailing behemoths concluded their flagship shopping events with never before seen deals and offers on products from almost each and every category. Flipkart, which recently knocked off its flagship ‘Big Shopping Days’, informed The Hindu about generating a total revenue of more than four times its daily sales and 2.5 times of the daily average sale conducted, in this particular sale.

Amazon Prime Day 2018 hit the record books as Amazon’s biggest blockbuster sale ever globally. The Amazon prime day sale, this year was a 36-hour sale, an annual and global shopping event exclusively for Prime members only. The online retailer, Amazon said that during the sale period prime members in India take advantage of more than 200 exclusive new product offerings, thousands of deals, and video and music selections featuring smartphones, large & home appliances, apparel and daily essentials which were also in the best-selling category.

The online retailer confirmed that during the 36-hour sale that the Fire TV Stick with Voice Remote and Echo Dot were its best-selling devices and before a week of Prime day sale more and more customers have joined the annual subscription of Amazon Prime. Among the new subscriptions, more than 35 percent were from people living in tier 2, tier 3 towns.

Amazon further proclaimed that prime members availed greatest of discounts from all over India including cities like Lucknow, Ludhiana, Jamshedpur, Thane, Kochi, and Ernakulum. Amazon India also contemplated for a 5 times growth in the wireless sector, where the best-selling brands were OnePlus, Redmi, Huawei, and Honor. Further, the company also saw the large appliance segment grow to 9 times.

In the Consumer Electronics segment sales grew over 4X, with a Buy One Get One deal from TCL TVs and new launch of Sennheiser Wireless Noise Cancellation headphones, Amazon prime day sale proved a hit. The customers also enjoyed benefits with Amazon Pay balance which topped during the sale to 7X more than on a regular day.

The main idea behind the Flipkart’s ‘Big Shopping Days’ sale is to take on Amazon’s Prime Day sale. The Flipkart sale began on 16 July and last up to 19 July, one day more than the Amazon sale. This grand sale offered the greatest of deals on smartphones from Samsung, Google, Vivo, and more. The Google Pixel 2 (128GB) was available for Rs. 42,999 along with an exchange offer and a buyback guarantee on most smartphones, where the top phone brands such as iPhone, Pixel, and Samsung was sold 400% of the sales on non-sale days

Flipkart saw a washing machines sale hike of 4.5 times, along with this in other segments like footwear, clothing, accessories and other fashion essentials sales have doubled during the sale period. Further, it was seen that the number of Google Home smart speakers sold during the first day of the sale was 100 times more than the quantity sold on non-sale days.