Cloud Computing Remains the Top Area of Investment in 2013 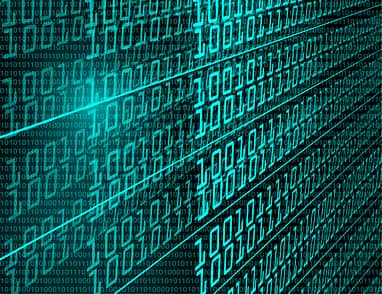 Over the last few years, both individual users and large enterprises have seen a tremendous rise of cloud computing technology adoption. Most of them found it easy to predict a further growth of this trend in the next several years. Certainly, this is due to the newly created possibilities cloud technology offered to both private users and companies of all sizes. As the cloud enters its more mature phase, it becomes clear how different professional environments can profit from using cloud-based solutions.

Once again, a comprehensive research confirms the cloud’s inviolable position in the tech market. The Research in Action white paper titled The Hidden Costs of Managing Applications in the Cloud sponsored by Compuware, reveals that cloud is one of the top priorities for CIOs in 2013.

Popular Trends
One of the key findings from the study is that most company managers expect cloud computing to remain the top focus of investments over the next five years. As for the current situation, 65.6% of survey respondents regarded cloud as a priority area in 2013. The percentage of companies that are already using eCommerce platforms or are planning to do so is as high as 81%, which proves that the cloud has practically gone mainstream.

While this number reveals that most of the users are already familiar with the way the cloud functions, there are still resources companies are ready to invest in, in order to reach cloud’s full potential. The trend of adopting mission-critical software applications is still on the rise, while the most popular investment area is cloud for test and backup, which is regarded as a top priority by 24.1% of companies.In addition, 17% of respondents stated their companies would be primarily investing in private cloud, while 15% said their focus would be on public and hybrid cloud.

Dominant Concerns
However interesting for future investments, cloud platform still brings some major concerns for contemporary CIOs. Just like the recently published Future of Cloud Computing report by North Bridge, Compuware study reveals that CIOs are increasingly worried about the complexity of IT management in the cloud.

As a growing amount of workload moves to cloud servers, it becomes increasingly difficult to have all the cloud services properly maintained. According to Compuware report, the biggest fears of CIOs are related to the possible poor end-user experience with their services, which was confirmed by 64.3% of respondents. Brand awareness and customer loyalty are also among the top concerns, along with a potential loss of revenue due to cloud service malfunction.

In conclusion, it might be said that despite the potential efficiency cloud services can bring, their complexity makes management issues justified concern. Even though the cloud has become a sort of a household item for many companies, it may still take some time until managers find the right ways to make the best of it. Apparently, most of them are ready to explore the cloud’s potential in future, which is why they’ll continue investing in it.

Compuware research was conducted in December 2012 and examined 468 Senior IT professionals from Americas and Europe.