Why should you go for Samsung instead of an iPhone?

Everyone, very oddly, but frequently asks this question Samsung or iPhone? Two of the best smart phone giants in the world, have always gone head to head with both leading on occasions at marginal differences. The beauty of this war has gone to such an extent that both these tech giants now have an army of millions of fans of their own. This means that a Samsung user will not ever switch to iPhone unless something serious happens in his life and an iPhone user will never compromise on anything less than an iPhone even if he has to buy an older version or model.

However, it is important to note that there is hardly any difference between the features of both phones except for the operating software; the brand perception plays a strong role in determining and influencing the choice. For an average new user, who has not experienced any of these phones and is switching from some other smart phone company, it can become a really tough choice to make. Since this article and guest post is about actually favoring the Samsung phones, let us focus on identifying four reasons as to why should you go for Samsung rather than an iPhone. 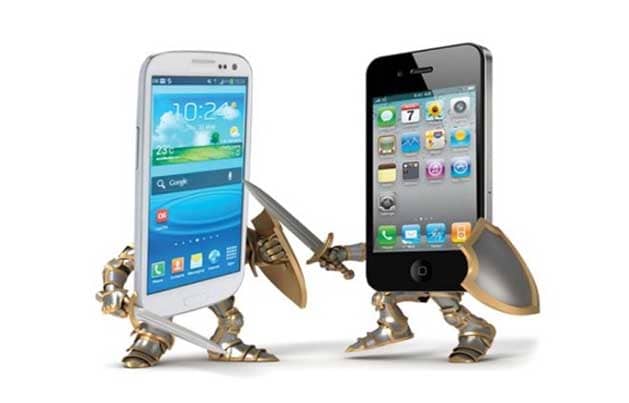 If there was a competition which only took variety into consideration, then Samsung wins this by miles and more. There is no other smart phone company which makes more variety of smart phones than Samsung. From a basic Galaxy S series to the most advanced Galaxy Edge 6, for example, you have about 6 different phones in the middle to suit your choice and requirement. Similarly, the price range varies a lot, since there are different varieties from the basic to advanced, you have more price options and one of them will certainly fall within your budget. When it comes to iPhones, you only get a plus size and a normal size of the same model without any drastic change in price.

This criterion is a very tough one to differentiate as both tech giants work effortlessly and without any limitations to carve out of the best built and designs for their phones. However, recently in the quest to cater to middle price range consumers, iPhone started 5C series with cheap plastic bodies and this created a negative impact on the brand’s image. However, Samsung in all its ranges has a strong built and performance mechanism.

How can we forget this war of the two operating systems that come with two different phones? Samsung features Android while iPhone features its own unique system called IOS. Whereas IOS might be more seamless and faster in the long term, but android brings the best modification and customization options for you within a single phone.

Both phones offer different types of connectivity options, with Samsung, we have the traditional Bluetooth and memory card functions still fixed on the phone, while an iPhone relies a lot on iTunes and compatible devices.