Skip to content
HomeTechnologyExciting Future Technology Trends to Look Out for

Living in the second decade of the 21st century, most of us have probably lost count of the number of technology inspired miracles we have witnessed in the last decade alone. We are lucky enough to live in an age where technological innovation is in exponential acceleration. The time elapsed between groundbreaking leaps in technology is shrinking drastically. Now, people from every walk of life do not have to worry about getting prompt assistance. All that is required by students is to go online and ask- Can someone write my essay? And they get it done within no time. The same goes for businesses that mean to have a digital footprint online, where they get assistance from web developers and designers online without a hassle. While there is no definite knowing of what new wonder will emerge from the world of technology, here are some of the highly anticipated new developments that we are all looking forward to experience: 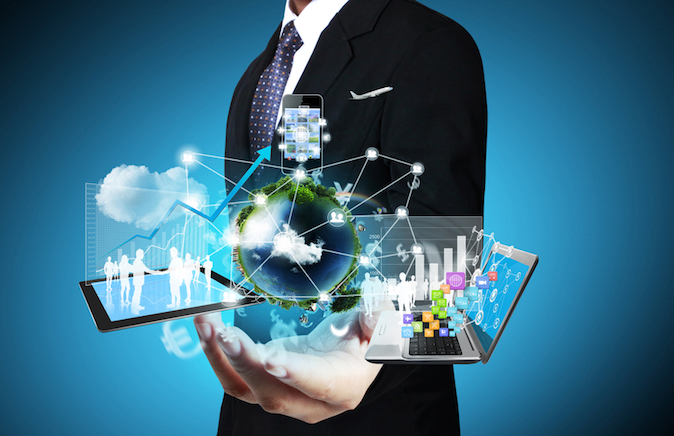 As the name suggests, the IoT is a proposed network that will connect any and all devices, appliances, vehicles, all objects that we use in our daily routines, with each other and the internet enabling them to perform together in a single system. It is the next step in automation and it combines a wide variety of technologies into one. The idea is to turn everyday items into data sensing and transmitting devices, to automate and streamline daily routines. Smart Grids, Smart Homes, Smart Healthcare are a few examples of how IoT is being implemented. By 2020, 25 to 50 billion devices are expected to be connected to the IoT.

We are all huge fans of the Wi-Fi (wireless fidelity) in fact a lot of us believe it to be the best thing that ever happened to humans. Countless Social Media memes about the Wi-Fi is a proof of our dependency on it and our thirst for even faster connectivity. Well the good news is that Scientists and Engineers are working on an insanely fast way of data transmission even as I write. The idea behind Li-FI is to use the Visible Light Spectrum to transmit data, or in less techie terms to turn every source of indoor lighting into an internet hotspot. It sounds too good to be true right? But believe it or not, in 2011 Herald Hass demonstrated lightning fast data transmission with the help of a single flickering LED. To date, scientists have achieved an astounding transmission rate of 224 GB/s in lab conditions and are now moving towards trials in real life conditions.

Ever since Neil Armstrong took that ‘one giant leap for mankind’, we have all dreamed of space travel. If the plethora of movies and TV-shows based on intergalactic travel is anything to judge from, we humans are fascinated by space travel. Some of the people were smart enough to perceive this untapped market and a number of startups have sprung up that hope to make space tourism a reality. To date, there have been only 7 known space tourists, and it costs on an average a staggering USD $ 30, 000,000 individually to do so. But worry no more, the competition between the two front runners of this industry Virgin Galactic and XCor has knocked down the prices by a large margin, and now people with a spare $100,000 can hypothetically sign up for space travel. In fact 2016 could be the year when space tourism finally kicks off in earnest. Don’t get too excited though, it will take a long time, if ever, for this extreme luxury to be cheap enough for us to afford. Sigh.

Autonomous and Self driving cars, though not as exciting as space travel, is something we are far more likely to experience first-hand. These cars are going to have the ability to sense and navigate without human input. Giants such as Google, General Motors and Tesla Motors are investing in the research towards achieving this technology and have already made breakthroughs. Once public ready, they will revolutionize the traffic system. Less instances of traffic congestion due to smart use of GPS, fewer collisions due to the absence of human error and higher speed limits are some of the predicted advantages of self-driving cars.