New Blackberry 10 And Z10 Unveiled: Some Hope For RIM 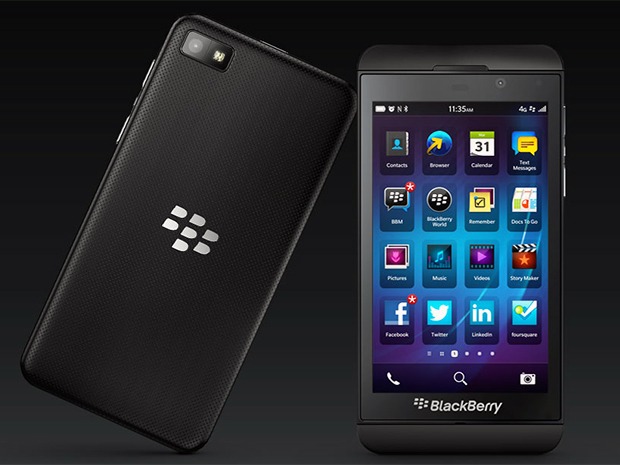 Research in Motion has been running into losses for the past couple of years because of it’s inability to keep up with the iPhones and Android powered devices that have come up over the past few years. It’s Playbook failed miserably at trying to compete with the iPad and Galaxy Tab while it’s phones are no longer as attractive as they used to be; the main selling point of Blackberry devices has also stopped appealing to the younger crowd with the introduction of WhatsApp and similar applications.

The company’s stocks fell from an all time high of $150 in 2008 to the current price of around $13, but that there could be some respite for the company in the next few months as the company finally launched it’s anticipated Blackberry 10 phone.

The launch of the phone took place at multiple locations around the world; London, New York, New Delhi and Paris to name a few.  The company also has renamed itself to Blackberry; the announcement was made by CEO Thorsten Heins at the launch of the device in New York. the change in the name would start reflecting from February 4.

The company took over 2 years to develop the new Operating System, Thorston also announced that this event marked a new chapter in the history of the company. The new operating system simply called 10 is a big step ahead from it’s predecessors. The new underlying software is similar to iOS and Android at first glance but it’s makers claim that it is much more than that and the new operating system will have differentiating features that will make it stand apart from the iPhone and an Android phone.

Coming to the hardware, the Z10 has done away with the keyboard, something that it was known for and has gone for a touch screen keyboard that predicts words as you type into it. It also allows you to swipe in words instead of typing. The best thing about the phone is an universal inbox called Hub that will store every all you messages and updates from almost every social networking and mail service out there.The operating system focuses on swiping the keyboard to get things done. Another feature called the BlackBerry Balance allows users to create different workspaces around the screen, like you would on a Linux screen. This would allow users to separate work areas and personal areas on the phone. Finally, the Blackberry Messenger service will now allow voice and video chatting.

For those of you who are concerned about apps, the Blackberry World Store will have more than 70,000 apps on day one.

Coming to the hardware specs, there is nothing very impressive about the phone, it has the usual 2GB of RAM and is powered by a dual-core processor with an 8.2 and 2 megapixel camera on the rear and front respectively. The phone will be available for $599 when it releases later in February.